A Dialogue Between Two African Women

‘Twas mercy brought me from my Pagan land,
Taught my benighted soul to understand
That there’s a God, that there’s a Saviour too:
Once I redemption neither sought nor knew.
Some view our sable race with scornful eye,
“Their colour is a diabolic die.”
Remember, Christians, Negro’s, black as Cain,
May be refin’d, and join th’ angelic train.
– P. Wheatley

Most people would recognize the name Phillis Wheatley as the first published African woman poet in America. Believed to have been born in Senegal, she was sold into slavery at the age of seven to the Wheatley family of Boston. Recognizing her potential, they taught her to read and write, and supported her later writings in poetry. Wheatley would convert to Christianity and become an active member of the Old South Meeting House in Boston. Constantly in ill health, she would die young at the age of thirty-one.

While Wheatleyâ€™s short, but remarkable life is well documented, few would recognize that Wheatleyâ€™s closet friend and letter writing companion was another enslaved African woman from Newport, Rhode Island named Obour Tanner. Like Wheatley, Tanner arrived in Newport as a young slave girl, with several historical sources suggesting that she also came from Senegal. Also like Wheatley, Tanner was a servant in a home of a wealthy family. Her master, John Tanner, was a Newport silversmith and Deacon at the Seventh Day Baptist Meeting House. Obour, like many enslaved Africans in Newport at the time, learned to read and write; and on July 10, 1768 was baptized and became an active member of the First Congregational Church in Newport.

Certainly what drew both women together was their shared lives asÂ enslaved, but highly educated African women who were converted to Christianity during a period of American religious history commonly called the Great Awakening. The Great Awakening was characterized by widespread revivals led by evangelical Protestant ministers that preached a profound sense of conviction and redemption. In Newport, Obour Tannerâ€™s minister, Reverend Samuel Hopkins would become one of the most prominent leaders in the movement. Hopkins would also be recognized as one of Americaâ€™s first Abolitionist leaders. . The influence of the evangelical Protestant Church of the time would have profound impact on not only the lives of Wheatley and Tanner, but would also usher in the conversions of thousands of other Africans and later give rise to the African American church of present time.

There are at least seven letters from Wheatley to Tanner that have survived to the present day. Each letter is written with a deep sense of religious conviction, but also what is apparent is the nearly complete assimilation of Wheatley into white and American culture. Her writings and poems reflect a reconstructed belief system that heavenly salvation was secured by the acceptance of God along with acceptance of life (enslaved) in America as the first generation of being African American. While most of Wheatleyâ€™s short life is centered on her religious beliefs and presenting them through her poetry, Obour Tanner lived in a large and active African community in Newport that provided her a personal support system that enabled her to embrace Christianity while also maintaining some semblance of her African identity through the formation of African mutual aid societies.

In 1780, a group of African men came together in Newport to organize and charter Americaâ€™s first mutual aid society for African and now African Americans known as the African Union Society. Later, these African mutual aid societies would spread to Boston, Providence, New York and Philadelphia. The Newport societyâ€™s lofty mission included providing funds for indigent families, a burial society (Palls and Biers) to ensure proper burials, setting moral and ethical standards for public conduct within the larger community and most importantly, raising consciousness and funds within the African community to someday return to their native Africa. African women were able to become members of the society, but were restricted from having voting rights. Not to be outdone, Newportâ€™s Obour Tanner would lead several African women to establish the African Female Benevolent Society in 1809. The womenâ€™s society led the efforts to raise funds in support of African widows and their families and operate a school for black children. Tanner would lead a highly productive religious and civic life in Newport. She died on June 21, 1835 living to the age of approximately eighty.

Possibly the greatest psychological challenge for enslaved Africans in America was the preservation of their African identities. Phyllis Wheatley one of Americaâ€™s most educated slaves might have lost much of her African identity and heritage due to her lack of African community support, while Obour Tanner, surrounded by a vibrant and engaged community of Africans, was able to assimilate into her Christian identity while also maintaining her positive African uniqueness.

What Obour Tanner had in Newport and what Phyllis Wheatley may have lacked, was a strong, black operated mutual aid organization that would have ensured that Wheatleyâ€™s newly found religious identity would complement, not supplanted her African identity.Â The Newport African Union and African Female Benevolent SocietiesÂ may very well beÂ the forerunners to the present-day NAACP, National Urban League and the National Coalition of 100 Black Women led by Newport African women like Obour Tanner that provided a unified and organized voice to the religious, social, civil and educational needs of the African American community. 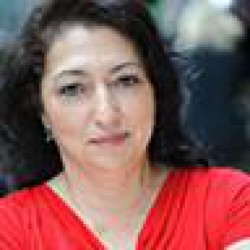